If we are going to talk about archaeological sites, Machu Picchu is without a doubt the main exponent and attraction of Peru. But this does not mean that the Wonder of the World is the only archaeological site to visit. Within Peru, you can find more than 19,900 archaeological sites, some more popular than others. These incredible places are filled with an inexhaustible history, culture, art, and mythology to learn from. The stories that surround these destinations contain many mysteries directly related to the architecture of the buildings. Many times visiting the following archaeological sites can bring us more questions than answers, but the power of these sites to surprise us is irrefutable. Therefore, together with the travel experts of Cusco Peru Travel, we want to tell you a little about the most popular archaeological sites among travelers and adventurers.

Some of the most popular archaeological sites to visit in Peru

Choquequirao is one of the most surprising archaeological sites after Machu Picchu, it could even be considered the younger brother of the Wonder of the World. The only way to get to this incredible site is through a 4-day trekking hike. The reward that this trek brings is only comparable to that of our luxury Inca Trail tour, full of amazing landscapes and one of the most amazing Inca ruins. It is one of the best alternative or complementary tours to Machu Picchu, if you have enough time, we highly recommend that you undertake this route. One of the great advantages of this archaeological site is that it is not usually as crowded as Machu Picchu, so you can do it at your own pace.

The wonderful fortress of Kuelap is an Inca archaeological site built by the ancient Chachapoyas civilization. The Chachapoyas chose high and impenetrable places for the construction of their fortress. This site is part of a set of large stone structures characterized by their titanic scale. The striking walls and intricate architecture of the interior show how well organized they were as a society, including administrative, religious, and residential areas. One of the biggest disadvantages of Kuelap is that it is often not included in certain tourist routes due to how far it is from the main destinations. But this does not impede us, so within our luxury Peru tours you will be able to tour the fortress along with the Gocta waterfalls.

Chan Chan was one of the largest cities of the pre-Columbian era in Peru and was home to an ancient civilization called the Chimú. It is located in northern Peru, very close to the city of Trujillo. History states the Chimu people fell under the power of the Inca Empire along with other surrounding peoples. The architectural wondrous city of Chan Chan occupies a territory of more than 20 square kilometers, but only a small part of this city can be appreciated. The rest of the city is still covered by the immense Peruvian desert. Getting to Chan Chan is quite easy and you will find numerous forms of transportation to get there. 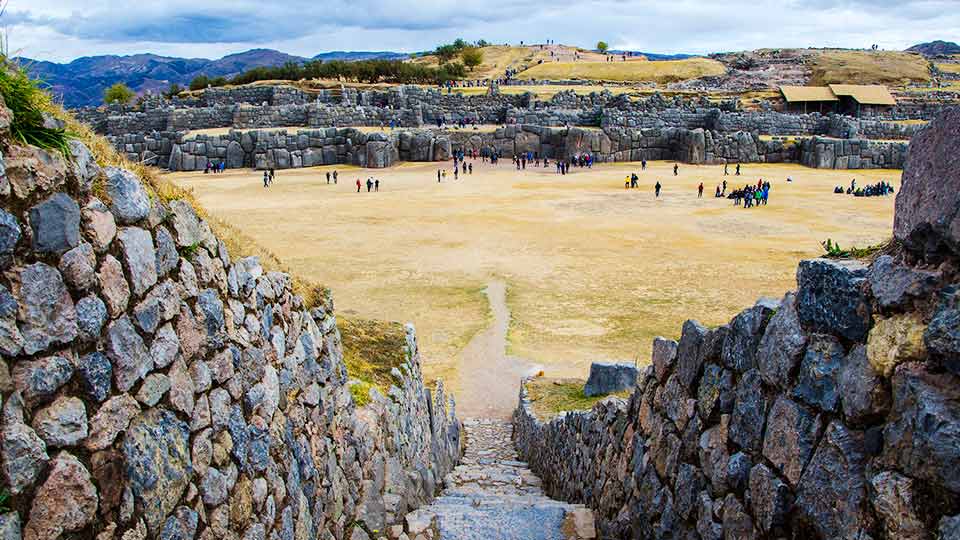 Very close to the Imperial City is one of the most incredible Inca archaeological sites in the world. Saqsaywaman is usually one of the main attractions within the tours that cross the Sacred Valley of the Incas. It was declared by UNESCO as a World Heritage Site in 1983. Inside you can appreciate the colossal stones that were used to build this fortress and it will lead you to wonder how they managed to move them. This ceremonial fortress together with its titanic walls is considered one of the greatest architectural works of the Incas.

Chavín de Huantar is one of the oldest archaeological sites in Peru. It is located in the middle of the famous Cordillera Blanca, near the city of Huaraz. According to some interesting theories, it is believed that the Chavín culture had a strong cult towards women, they being the highest priestesses. The site is a great testament to the architectural skills of this ancient culture. Without a doubt, you cannot miss a tour of this wonderful archaeological site.

The ruins of Pisac are one of the most popular tours before embarking on your visit to Machu Picchu. It is included in the tours of the Sacred Valley as well as the Ollantaytambo ruins. The small town of the same name is a charming and picturesque place to spend a couple of days. Besides being able to observe some interesting ancestral constructions, you will be able to have a panoramic view of the Sacred Valley and its surroundings.

“HISTORY MAY BE ACCURATE. BUT ARCHAEOLOGY IS PRECISE.”

We hope together with the travel experts of Cusco Peru Travel to have been able to summarize those most important archaeological sites. Keep in mind that they are not the only ones you can find, but the most popular. There are other incredible sites such as Moray, Tipón, Huaca Pucllana, Maras, and much more among others. If you want to know about our private tours, do not hesitate to consult with our qualified advisors.

Peru has many wonders waiting for you to be discovered. Here in Cusco Peru Travel, our speciality is to make your trip an outstanding experience, fill-in this form and let your tailor-made luxury Peru vacation begin.

Our outstanding tours in Peru

Cusco, the magic of this natural treasure

Discover the Richness of the Inca Empire

THE WORLD IS AT YOUR FEET

Receive inspiration
in your inbox

We always aim to reply within 24 hours.

Send us an enquiry

Mail us and we’ll be in touch

Ready to start your engines? Let us know your schedule and destination, and we’ll take care of the rest.